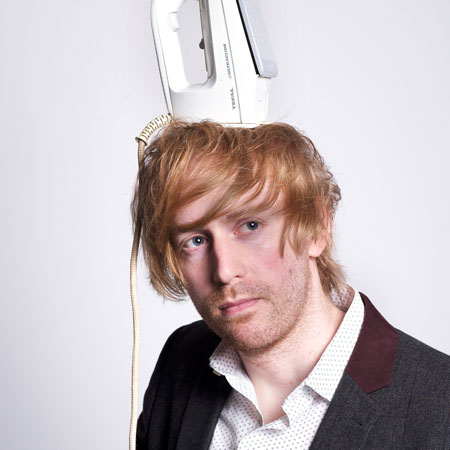 REASONS TO BOOK
Mark Simmons is a hilarious British comedian with a distinctive one-liner style
Our stand up comedian has performed at the Edinburgh Fringe with five star reviews
Headlines shows on the comedy circuit and supports the likes of Seann Walsh, Rob Beckett and Michael McIntyre
Perfect for corporate entertainment, after dinner cabaret shows, charity galas, awards ceremonies and more
Based in London, UK, Mark Simmons is available for international bookings
Comedy Act, Speciality and Novelty Acts

A hilarious comedian with a distinctive one-liner style, Mark Simmons’ talents have won style won him a place in Dave’s prestigious Best Joke of The Fringe in Edinburgh.

Nominated for Best Show by the Amused Moose Comedy Award Fringe Show, Mark has been called the ‘Master of One-liners’ by one4review.

Constantly on the rise, Mark has been in the finals of several noteworthy competitions such as the Leicester Mercury Comedian of The Year, So You Think You’re Funny, and the NATY Award.

A regular supporter of some of the UK’s most celebrated comedians, Mark has performed with Seann Walsh, Rob Beckett and Rob Brydon on their national tours, as well as one off shows supporting Michael McIntyre and Jack Dee.

As seen and heard on TV and radio, this year marked Mark’s debut on BBC Radio 4 where he guest-starred on the Today Program. He also co-hosts with Seann Walsh the Newish show as well as the Filmish show on Fubar Radio.

Mark’s TV presence is also growing. Starring in the hit BBC3 documentary One for The Road, a film crew followed him alongside Seann Walsh on tour in the Scottish Highlands and has been tour support for Rob Brydon and Michael McIntyre.

Scarlett Entertainment offers a huge range of stand up comedians for events in the UK, Europe, US, Middle East and beyond. Discover our roster of comedians ready to entertain guests at your event.

To book stand up comedian Mark Simmons for your next special occasion or corporate event, get in touch with our team of Entertainment Experts who’ll be happy to help.