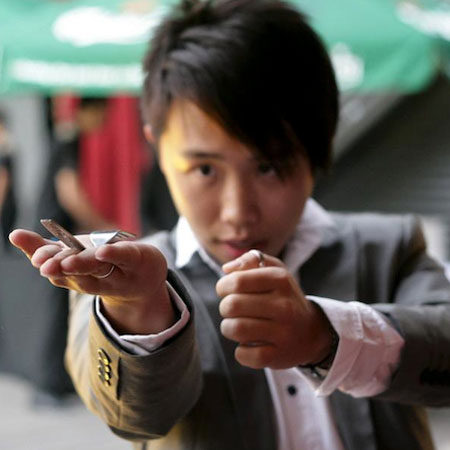 REASONS TO BOOK
Memorable and unique performances combining mentalism and magic
Malaysia’s youngest professional mentalist and magician
Has made numerous appearances as a guest and performer on Asian TV
Previous clients include: Ferrari, Bentley, SONY and Samsung
Based in Petalying Jaya, Malaysia and available for events world-wide
Mentalist, Magic and Illusion, Magic Stage Show

This act is Malaysia's youngest professional mentalist and magician. He combines stage mentalism, close-up magic and humour to create unique, memorable performances that will have audiences laughing and gasping in amazement!

His charismatic stage presence and infectious energy create fantastic performances that have entertained government and corporate leaders, ministers and many international celebrities as well as millions across Asian Television. This act is no stranger to performing in front of large audiences and is just as well received at smaller events.

This magician and mentalist has a wide range of acts and his shows can be tailored to suit any client’s needs. His acts include: