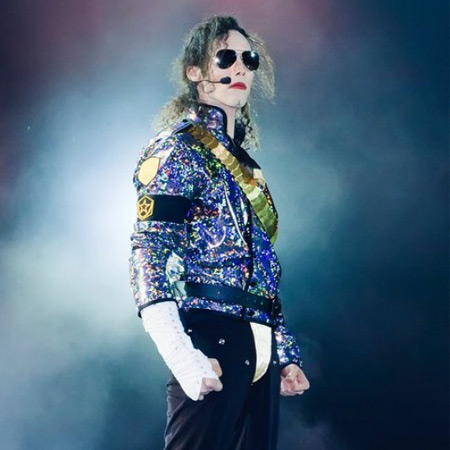 REASONS TO BOOK
Discover the world of a professional Michael Jackson impersonator
Provides all of the well known covers, loaded with pure emotion
Guests are mesmerised as he moonwalks across the stage in true MJ style
Can perform as a solo stage act, or with a large flash mob team
Based in Paris and available to perform at events worldwide
Michael Jackson, Tribute, Lookalikes and Impersonators

Here you will not only discover the world of a professional Michael Jackson impersonator and tribute act, but above all, feel the pure emotion of a fan who has been studying the singer since the age of four!

With a replica Michael Jackson voice and well known covers that are loaded with emotion, Steve provides a spectacular Tribute act to the legend himself. He carefully presents all of the key elements of Jacksons’ famous shows, with an energetic stage presence and near identical image. He uses his incredible imagination, to replicate the covers and original dance moves as he moonwalks across the stage in true MJ style, making him a dead ringer for the Michael Jackson we remember today.

Michael Jackson Tribute Steve has recently collaborated with an impressively large flash mob, which entertain and surprise audiences in streets and at special events.

Whether covering Thriller, Bad, Dangerous, Blood on the dance floor, History, or Invincible, Steve and his team invite you to discover or rediscover authenticity with the best hits of Michael Jackson performed live.