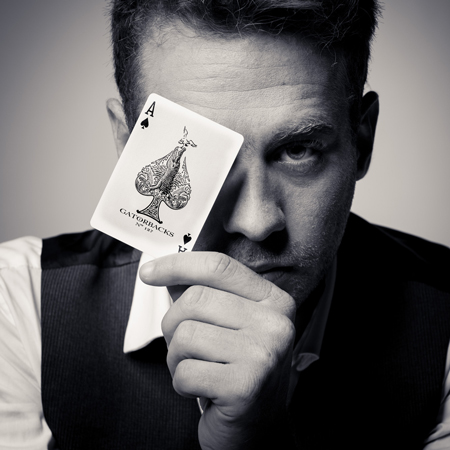 For over a decade Eran has investigated and researched the world of Mentalism and the “paranormal” – a field that has stimulated the imagination and tantalized the many different cultures of the human race for thousands of years.

Combined with a sharp sense of humor, stage charisma and abundant personal charm, Eran’s performances, that integrate the world of magic with the world of telepathy, create an unforgettable experience for a wide variety of audiences both in Israel and around the globe.

His shows are tailor made for stage, television, private events, and professional trade shows and conferences for large Israeli and international corporations and organizations.

In a breathtaking performance of 2 incredible and awesome feats of mentalism, Eran, competing against 23 of Israel’s top magicians, emerged the triumphant WINNER of the TV contest “To Topple the Master”.

The prime time program that broadcast for nearly 3 months on Israel’s Channel 2 is based on the popular British TV show “Penn and Teller – Fool Us”.