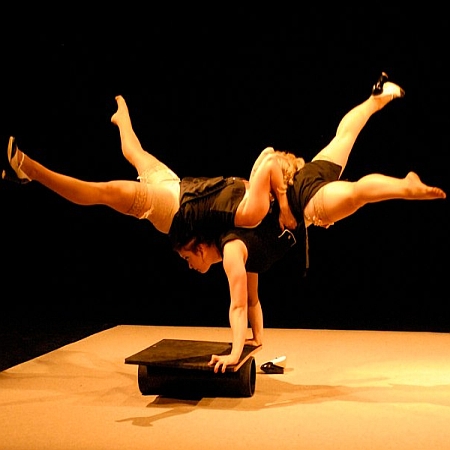 Imagine two women performing astonishing partner acrobatics, without even the stability of the ground beneath their feet. On the rola-bola, balance becomes imbalance in a fraction of a second. But these girls won’t just surprise you with their graceful power and innovative technique – they’ll charm you and leave you asking for more!!

Lotta and Stina began working together on the rola-bola in 2001, while performing with a youth circus in Finland. They spent three years perfecting their technique at the prestigious and demanding Ecole Supérieure des Arts du Cirque in Brussels, from where they graduated in 2008. Since then, they have worked in the Wintergarten Variety, GOP varieties, Krystallpalast Variete, Resorts World Manila, Circus Flic Flac, Palais Im Park -dinner show, and Oh la la -production from Rolf and Gregory Knie...