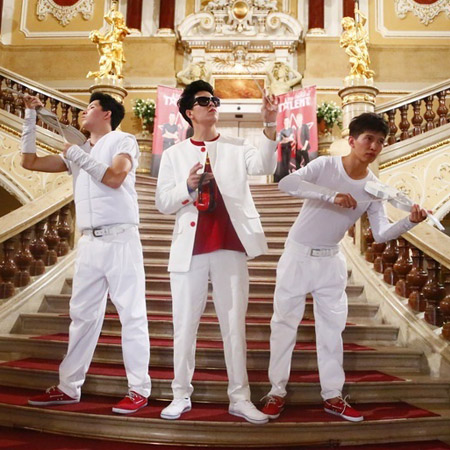 China based Robot Dance Act started has become one of the most popular contemporary dance act of our time. With Their unique natural talent of coming up with slick moves and out of this world dance combinations, they have won almost every competition that they have participated in.

In 2011, the dance act won the hit TV show Slovakia's Got Talent and the championship trophy at the annual ceremony of the Public Oscars in Beijing China. Some other achievements include the 2008 championship of Hip Hop Festival and the 2009 Modern Dances Festival, both in Kyrgyzstan, as well as the International Dance Olympiad 2010-2011 in Moscow.

Robot Dance Act has become an international dancing figure, with performances all over the globe. In huge demand with corporate entertainment events, product launches, and TV shows worldwide, they have performed in countries including China, Holland, and Russia.

If you are interested in booking this brilliant act, don't hesitate to speak to one of our specialist team members at Scarlett Entertainment