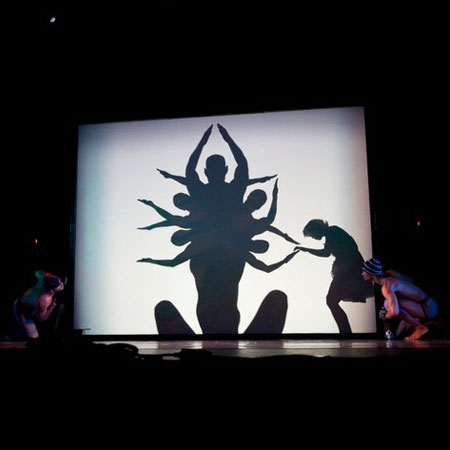 The groundbreaking new performance by internationally acclaimed dance troupe Pilobolus, is best described as part shadow act, part dance and part circus. As the first theatrical event of its kind to tour the globe, Shadowland incorporates multiple moving screens of different sizes and shapes to create an evening-length performance that merges projected images and front-off-screen choreography.

The story is a surreal experience of a young girl’s sensational world as she comes of age. Created in collaboration with lead writer for the popular animated series SpongeBob SquarePants Steven Banks, Shadowland is a universal and intimately portrayed experience that is both intensely dramatic and comedic. It is set to a rhythmic original score by the popular American musician, producer, and film composer David Poe, whose poetic work for Shadowland ranges from ballads to hard-driving rock numbers that lift the audience out of its seats. His much-loved songs illuminate the themes and visuals of this fascinating story and world.