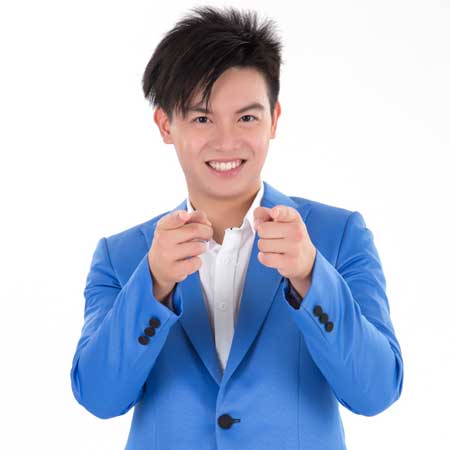 Ming is an award-winning magician with a bubbly personality and a rare talent for all things magical. A member of the International Brotherhood of Magicians Ring 115, Singapore Magician Ming has appeared on numerous TV shows, including BBC 1s "Now You See It", Mediacorp channel U’s “Let’s Talk” and online series entertaining audiences across the world with his clever and engaging performances. The first performer to bring their magic stage show to The Casablanca Variété Theatre in Amsterdam, Ming has made a reputation as a talented show illusionist as well as a close up magic artist. Entertaining high profile clients at corporate events, trade shows, weddings and gala dinners, whether you are looking for a live magic show to captivate audiences or table magic to break the ice, Ming can provide the ultimate entertainment, tailored to your occasion.

His witty and fun-loving personality will delight and engage audiences as he delivers his incredible close-up magic show right into your guests’ hands. His performances offer a fun and exciting ice breaker for any party, as his impossible tricks and slights of hand confound guests of all ages and get them talking! Combining his trademark brand of comedy and magic with tales of experiences from around the world, Singapore Magician Ming will guarantee laughter and smiles all round.

With an extensive repertoire of previous live magic shows to his name, Ming has performed live magic shows in some amazing venues such as the Magic Hat Brewery, Royal Plaza Hotel and Linköping University. Extremely popular with both corporate and private clients, Ming’s sense of humour and incredible talent set him apart from any other magic act out there. To learn more about booking Singapore Magician Ming for your event, get in contact with our team at Scarlett Entertainment and we will be very happy to offer any advice you need.

" He will give you surprises at any moment, you gonna love it! "

" Ming is part of the new generation of magicians. His passion for magic is clear and it's clear this passion has propelled him to be a top notch and highly skilled magician and performer! "