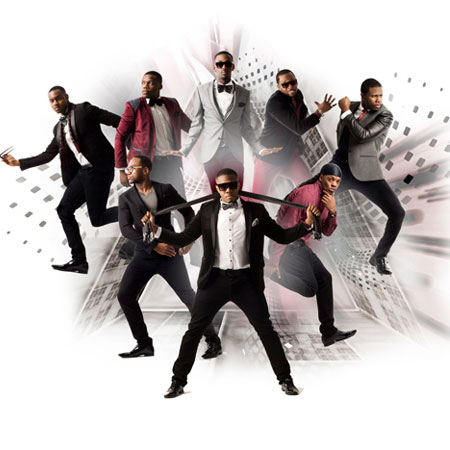 REASONS TO BOOK
An inspirational dance act that will take your breath away
Finalists of TV show Britain's Got Talent, watched by 15 million viewers
Their hardcore street-dance has seen them crowned world dance champions
Performing for HM The Queen in Buckingham palace ballroom
Based in the UK and available to perform at events worldwide
Street Dancers and Break Dancers, Cabaret and Stage Shows, Talent and TV Show Personalities, TV Show Talent Acts, Dancers, Dance Shows

Flawless are an inspirational dance act that will take your breath away. They are regarded in the industry and by their peers as the ‘dancers’ dancers. Their exquisite technique coupled with their breathtaking natural abilities have given birth to new level of hardcore street-dance that has never been achieved in the history of the genre.  Flawless have single handily revolutionized street-dance with their sophisticated and mature execution.

As a result of their innovation, the group have earned themselves many awards from being the UK’s street-dance champions to international dance champions. They achieved their greatest success when they were crowned world dance champions in Germany. They competed against a host of dancers from 50 countries.  Not only were they awarded first place, they were the first and only group ever to get full marks from all world judges in street-dance history!

Flawless are currently one of the premier dance collectives in the world and have an incredible port-folio that reflects their growth as a creative company and as a world wide commercial brand. Since starring in Britians Got Talent in 2009, they have rubbed shoulders with royalty at the Queens Diamond Jubilee, performed on stage with world class music artists, danced in all the prominent venues in the UK and diversified their creativity by collaborating with leading dance organisations including the English National Ballet ( ENB ). They also performed at the opening ceremony for the London 2012 Patalympic Games. Flawless are now ready to utilize their experiences as performers and as creatives by offering a range of professional services.

Flawless continue to be in demand for their spectacular performances on TV and at corporate events and it is their spectacular routines that have turned them into global performers including shows in India, Hong Kong, Monaco and Dubai. They have been featured in fashion shoots for publications such as GQ magazine and NOW, who described. Flawless as "Men on Trend!" It has been a phenomenal year for these ten talented performers, who are fast establishing themselves as one of the best male dance group in the world.

To book Flawless for your event contact our team of Entertainment Experts.

" You make me proud to be British this was utter perfection. "

" That was utterly electrifying! "