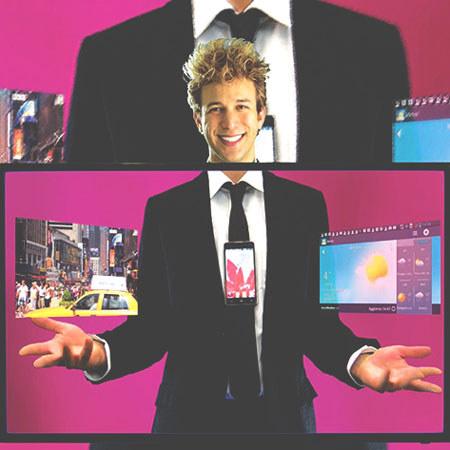 This act performs Smart Magic for corporate and private parties. An innovative, dynamic, and brilliant show characterized by elegance and simplicity. This show adapts flexibly to any situation, making it unique and exclusive.

Unlike traditional magic shows, this act has the opportunity to present a light show with the use of your corporate brand.  A real plus for those who want to give a touch of exclusivity to an event, creating a unique show of its kind, ad-hoc for the occasion.

At only twelve years old this magician presented his first magic show as the "Youngest Wizard of Italy" during an International Gala held at the Casino Ruhl in Nice.  In 2010 he graduated in Literature and Philosophy at the Catholic University of the Sacred Heart in Milan. After graduating he decided to make his passion his profession.  Over the years he learned around the world expertise in the field of prestidigitation, theatre and illusion that allowed him to perform with success at conventions, meetings, gala dinners and private parties, and he continues to refine and improve his skills.

As well as Smart Magic this act performs a variety of shows including:

"Close-Up Magic" or the magic in close contact with the public that is performed at close range just under the incredulous eyes of the spectators.

"Techno Show" a new concept of magic. Created in 2013 in conjunction with the International Furniture Fair and is presented at the space Ermenegildo Zegna during the event by LG Electronics. This show includes: video interactions, bright visual performance, video projections, performance transformation, performance with laser effects and illusionism.

Children's Shows where his repertoire, including effects, is completely dedicated to children, full of colour and magical sounds. There will be surprises and laughter, in a show full of joy and fun and at the end of each show can finish with the "sculptures with balloons."

Contact one of our Entertainment Co-ordinators who will be able to assist you in booking this or any other act on our global roster.