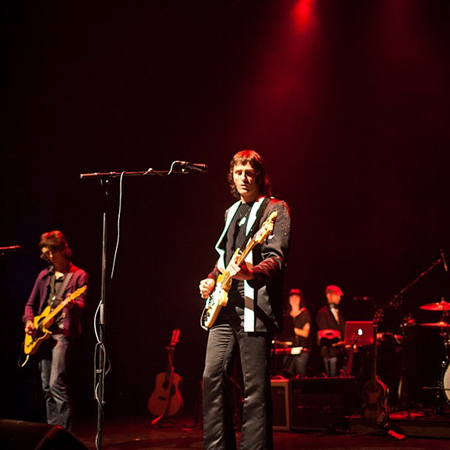 Praised by the late Beatles promoter Sid Bernstein – the man who brought the original Beatles to North America – as ‘the best on the scene today’, The McCartney Years, a premium touring production, is a note-for-note faithful recreation of a mid-1970’s Paul McCartney concert, spanning more than 20 hit albums and features the original Wings guitar player and Paul McCartney’s longest collaborator, Denny Laine.

Led by perfectionist Yuri Pool as Paul McCartney, the band has a commitment to 100% live and accurate reproductions of McCartney’s concert experience. The show is period-true, technically stunning and sonically explosive. Every note is live and played true to its original arrangement. It has set the standard for all who might follow in this significant body of work. And… it’s a blast to watch and listen to!

Whether he plays an original 1960’s Höfner bass or sporting the same wardrobe from the ‘Wings over America’ mid-1970’s world tour, Yuri is true to Sir Paul in his musicianship, tremendous vocal styling’s and presentation. And the band doesn’t miss a beat delivering a texture that will transport you back to the first time you heard these great songs on vinyl. TMY players include David Usselman (guitars and bass); Braden DeCooman (guitars); Darryl Lahteenmaa (keyboards and synth); Karen Bell (percussion and keyboards); Dean McKey (drums) and of course Yuri on bass, vocals, piano and guitar.

Experience three decades of ‘The Beatles’ and ‘Wings’ live – with the world’s premier McCartney concert experience. Rewind into the 60’s and 70’s to dance, sing and relive your passion for McCartney with a band that has opened for Mariah Carey, performed sold-out shows across North America and Europe and have been featured on international news channels such as CNN, Fox and the BBC.