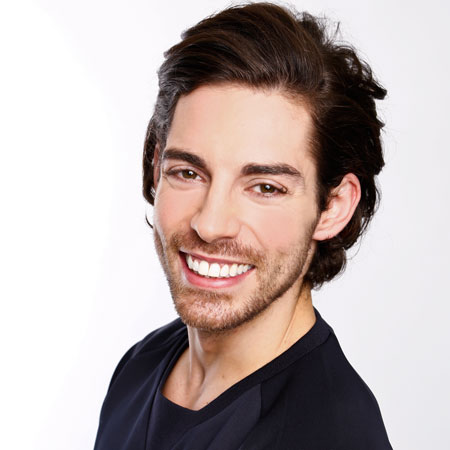 REASONS TO BOOK
The charming celebs go dating receptionist Tom Read Wilson is the loveliest reality TV star you will ever meet
A loveable character on E4s Celebs Go Dating has won the hearts of many of the British Public
Previously appeared on The Voice as well as many pantomimes and musical theatre shows
In addition to becoming a hit TV personality, Tom Read Wilson is also a professionally trained actor and singer
Based in London and available for worldwide bookings
Talent and TV Show Personalities, TV Show Talent Acts

A TV personality who quickly won the hearts of the British public, Tom Read Wilson has become a loveable character on E4s Celebs Go Dating reality TV show. Since the first series of the hit show, our reality TV star has sparked much interest for personal appearances and has become the topic of conversation on social media platforms for his adorning role in celebs go dating.

A ray of sunshine who greets the celebrities at the dating agency is very professional, polite and well educated as well as being charming and extremely endearing, perfect for personal appearances at high end events, formal dinners, private parties and any occasion that desires fantastic company.

The topic of many online discussions the nations admiration for this charming TV personality is forever growing as many take to social media platforms such as Twitter to regularly praise our reality TV star for his persona on Celebs Go Dating.

Having studied at The Royal Academy of Music Tom has since gone on to perform all over the world in pantomimes such as Sleeping Beauty, Alice in Wonderland and The Hat as well as performing in concert with The Fingask Follies and many more!

A multi-talented actor, singer and genuine nice guy Tom Read Wilson is perfect for mix and mingle events, personal appearances and for stunning your guests with his charming personality that emits positivity wherever he goes!