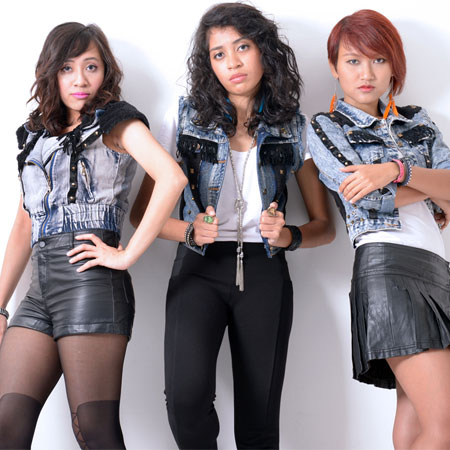 Formed from three girls with a love for music and a passion for performing, say hello to Singapore’s freshest all-female vocal trio!

These girls have it all; they can sing, they can dance and they have the ability to captive their audiences and take them on an emotional journey through some of the biggest hits of the century. Taking inspiration from contemporary music’s biggest selling female groups such as Destiny’s Child, Little Mix and TLC they give show-stopping performances full of sass and attitude.

They perform a distinctive mix of R ’n’ B, Pop and Hip Hop combined with vocal harmonies characteristic of their a cappella roots. They have performed at numerous prestigious events and venues around the world and were crowned ’Senior Grand Champions of the World’ in the category of Vocal Group at the 2014 World Championships of Performing Arts in California. No strangers to the stage there is no doubt that they will entertain and engage guests at your event.