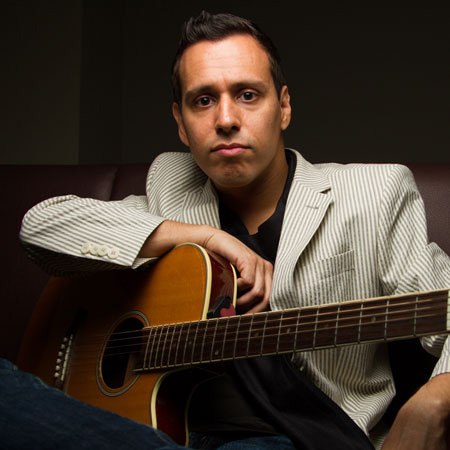 REASONS TO BOOK
Multitalented singer & songwriter who has been performing for 15 years
Can sing in up to five different languages, giving his songs more meaning
His repertoire consists of Pop, Rock, Contemporary Jazz, R&B & much more
He can perform in a duo, trio or band, according to event requirements
Based in Brazil & available to perform at events worldwide
Live Music and DJ, Acoustic Covers

Singer and songwriter, Wagner has had passion for music since his early childhood, but started actually developing his talent and skills at the age of 13, learning to play acoustic guitar and performing in school festivals as a singer. Some years later started performing in bars, pubs, events and TV shows in his homeland, Brazil.

His repertoire consists of Pop, Rock, Contemporary Jazz, R&B, among other styles, and in Wagner’s cover performances, he interprets songs from established artists internationally renowned such as Elvis Presley, Beatles, Michael Jackson, George Benson, Stevie Wonder, Eric Clapton, among many others, that have actually exerted great influence in his career.

In the songs from his own authorship, Wagner also uses as essential tools in his performances, his knowledge in different languages (English, Spanish, French, Italian and his native language Portuguese), giving more credibility and feeling to his interpretations.

His solo performances are done on lead vocal and acoustic guitar, giving venues a very entertaining and also intimate atmosphere. He also performs in a duo, trio or band, according to event requirements.