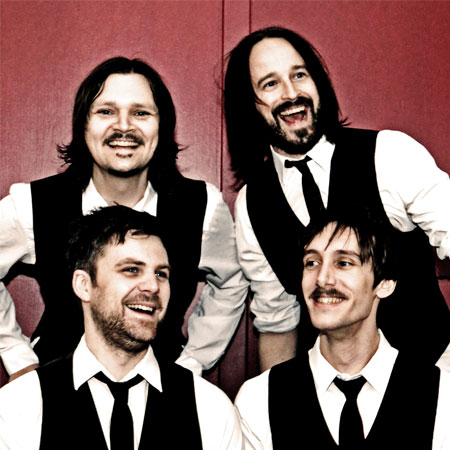 REASONS TO BOOK
Recognised as one of the best interpreters of Beatles music
Tribute band on a mission to keep The Beatles legacy alive
Have taken their iconic music well into the 21st century
Together they take audiences on a trip down memory lane
Based in Stockholm and available to perform at events worldwide
Tribute, Lookalikes and Impersonators, Themed Entertainment, 1960s and 1970s, Beatles

Based in Stockholm, the Beatles Tribute band consists of four well-experienced musicians who all grew up with The Beatles as a major musical influence.

Today, they see it as their mission to carry on the legacy and introduce new generations – as well as re-introduce older generations, to the music of the most influential band of all time.

Touring Sweden since 2007, they have established themselves as one of the best interpreters of Beatles music, producing original covers with an updated sound. In doing this, they have taken The Beatles into the 21st century, performing the songs with the energy and musical approach of a modern pop band.

Each tribute performance consists of The Beatles’ greatest songs – from the first album to the last. As well as providing a full stage tribute show, they can also provide a scaled-down, acoustic version, perfect for smaller and more intimate events.

Together the members take audiences on a trip down memory lane, reliving the band’s very greatest moments!