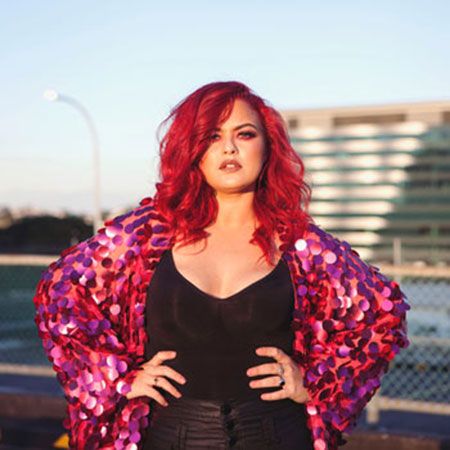 REASONS TO BOOK
A former grand finalist of The Voice Australia available for private and public events
Repertoire spans multiple genres and includes many hits songs
Bookable as a solo singer through to a full band with backup singers
Clients include Women In Voice, Hear and Say Gala Ball and the Lord Mayor’s Christmas Carols
Based in Brisbane and available for event all over the world
TV Show Talent Acts, Talent and TV Show Personalities, Live Music and DJ, Covers Singers and Duos

Our fabulous Brisbane Female Cover Singer is a former grand finalist of The Voice Australia and was coached by superstar coach Jessie J. Since rising to fame of the TV talent show, the female singer has released her own music and continued doing what she loves, performing live music.

The Australian female singer is an absolute powerhouse. Her vocals and vocals range are incredible and she has an ability to shift from laid-back atmospheric music through to pop bangers. Her live music can be fully tailored to the client preferences from a solo show with backing tracks or acoustic duo to a fully live band with backing singers.

Able to pack as much into her live music experience as possible, our Brisbane Female Cover Singer has a massive repertoire that spans multiple genres. You can hear songs by the likes of Drake, Bruno Mars, John Legend, Michael Jackson, Katy Perry, Lady Gaga, Queen and The Beatles.

The Brisbane Female Cover Singer is widely sought-after as an artist and special guest, collaborating with countless big-name brands and Queensland institutions such as Suncorp Stadium, Camp Quality, Bridge to Brisbane Day, Lord Mayor’s Christmas Carols, State of Origin and the Channel Nine Telethon. The Australian female singer is also a respected and admired ambassador for the LGBTIQ+ community, headlining Big Gay Day, ONE on Saturday, Wear It Purple Day and MELT queer arts festival.

Contact us at Scarlett Entertainment if you would like to book this vivacious female singer as the live music entertainment for your next event.