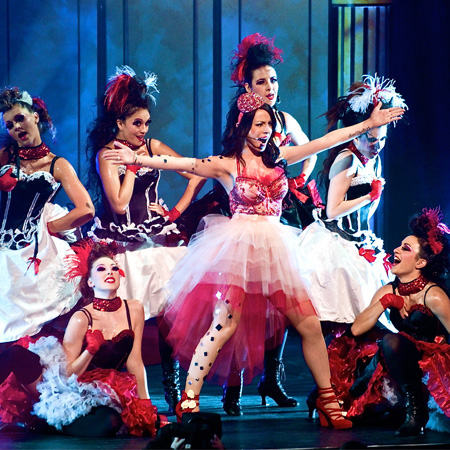 The dancers combine the glamour of Old Hollywood with the energy and technology of a modern showcase to create a luxurious and captivating experience unlike anything ever seen. Featuring the world’s best female performers, they produce customizable Broadway-quality event entertainment for a luxurious and unforgettable live show experience.

All aspects of the production including costuming, choreography and propping can be tailored to the client, location, theme and brand. Award-winning pre-packaged shows include Bathing Beauty, Big Band-Jazzy Extravaganza, Cancan Frenchy Cabaret and Cyber Extravaganza, all of which have toured internationally and been highly acclaimed.

Award winning choreographer and producer Gen reinvents live show entertainment with an authentic and luxurious style that seamlessly combines each production piece into one constant element of movement and entertainment.

The dance group have provided the highest quality live show entertainment for corporate clients, celebrity performers, television shows and more. Their signature shows have been called “unreal” and “anything but ordinary” and their use of the latest technology and best talent – classically trained dancers, couture costumers, premium set designers and sought-after prop masters – helped them bring Broadway-style production value to an industry that had never seen anything like it.

Choreographer and producer Gen has earned numerous accolades from the press, industry and celebrities, including being personally asked by Jermaine Jackson to become the first choreographer-artistic director to work on the “This Is It” Michael Jackson Tribute show.