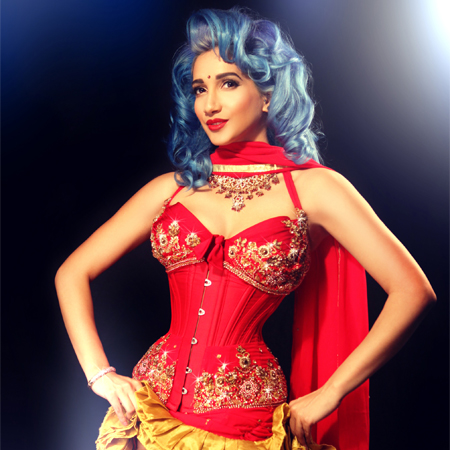 REASONS TO BOOK
Global burlesque superstar booked for world-class shows and corporate events
Voted the Top #1 Show to see in the whole of New York
Invited to Buckingham Palace by the Queen in recognition of achievements
Previous clients include Jaguar, Esquire, Olympus, RBS, Time Out...
Based in the UK and available to perform at events worldwide
Burlesque, Dancers

Sukki rose to stardom when she stormed the Burlesque industry in 2011 with her debut performance at a Las Vegas styled comedy theatre in the North of the UK. Since then she has become one of the most talked-about and in-demand Burlesque artists in the world, with an international fanbase of over 450 thousand Facebook visitors per day.

Crowned "one of the Most beautiful women in Burlesque" (Female First) and "Ambassador of Burlesque for Singapore" (Chwennyland), Sukki gained phenomenal global recognition by being the World's first Professional Burlesque Performer from Singapore, capturing the imagination and heart of the nation. Her work as a role model for Asian women and men in the Arts saw her nominated for London's Asian Women of Achievement Awards in 2013, during which she was praised by former UK PM's leading lady, Cherie Blair and BBC correspondent Reeta Chakrabarti. Her outstanding achievements lead to a Royal Invitation to Buckingham Palace, firmly securing her position as one of the most phenomenal Burlesque Artists of our time.

Sukki is known for her lavish and elaborate performances and costumes, which she intertwines with a unique Bollywood-influenced style. Her gowns and corsets are encrusted with thousands of Swarovski Crystals, antique lace and extravagant jewellery which adorns her breathtaking silhouette.

" THE BEST SHOW I have seen all year, hands down. Killed it. "

" Sukki was absolutely amazing. So glad to have caught her first show in our fair city "

" Sukki was absolutely wonderful and she made the party much more fabulous than it would have been without her!!! I can't thank her enough!!!!! "