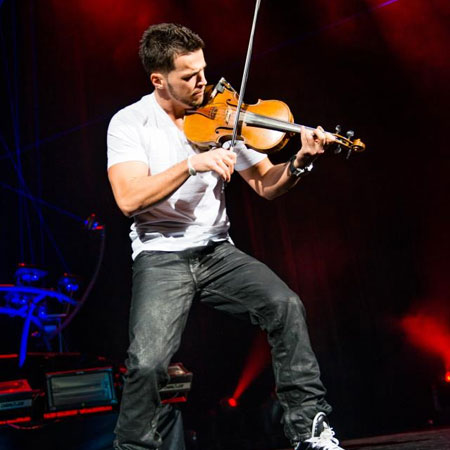 Celebrity House Violinist Svet is already globally recognized after touring Europe and the United States of America. Svet has performed with notorious icons including Jamie Foxx, Kanye West, Jadakiss, Gym Class Heroes and Dirty Money.  He has also had the honor of performing the Half-Time Show and National Anthem for the NBA NETS at Prudential Center.

Bulgarian native Svet was a Classical- trained violinist; conversely as soon as he discovered the fascinating world of hip hop, he began doing something extraordinary. His combination of his classical skills combined with elements of hip-hop, pop, house and reggaeton, fused an incredible sound, allowing him to move with ease throughout the industry without any limits.

At the age of 26, SVET has appeared on major networks such as ABC, BET, MTV, and recently was featured on NBC’s premier TV show America’s Got Talent.  SVET was also the first ever half time performance act for the Brooklyn Nets franchise at Barclay Center in Brooklyn NY.