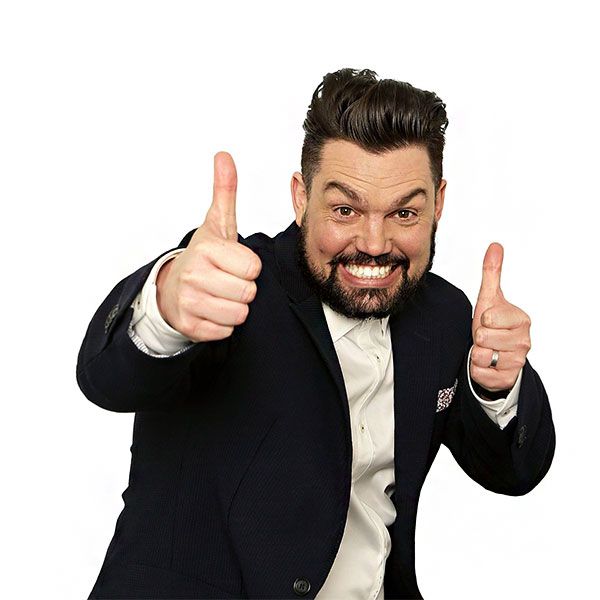 REASONS TO BOOK
Award-winning Charlie Baker is an incredibly versatile performer, comedian, actor, presenter and acclaimed jazz singer from Devon
His unique comedy and performance style has made him a notable figure on the comedy scene and sought-after for many TV shows such as Doctor Who
Charlie has performed at the world's best comedy venues including The Comedy Store, The Glee Club, Comedy Cafe, Highlight and Just the Tonic
He has been a guest and performer on The Last Leg, Never Mind the Buzzcocks, The Wright Stuff, Harry Hill’s Teatime and more
This well-known charismatic comedian is the perfect option to host and/or perform at your corporate event, awards night or private party
Speakers and Hosts, Talent and TV Show Personalities, Speciality and Novelty Acts, Comedy Act

Charlie Baker’s versatile talent as a stand-up comedian, actor, and highly acclaimed jazz-singer has seen him earn a reputation as ‘a superior take on the modern showman’ (The Guardian). He has starred in Sky One’s Harry Hill’s Teatime, BBC Two’s The Premier League Show, Extra Slice, Channel 4’s The Last Leg, Comedy Gala, The Superhuman Show and Comedy Central At The Comedy Store. The avid sports fan Charlie has been heard on BBC 5Live’s Fighting Talk and covering on talksport’s Hawkesbee & Jacobs Show and he also has a cult podcast The National Obsession.

His versatile talents as a stand-up comedian, actor, and highly acclaimed jazz-singer has seen him have sell-out runs at the Edinburgh Festival with his hit shows Baker’s Dozen (2013), Just The One (2015) and The Hit Polisher (2017) which he then toured around the UK.

As a talented actor he has starred in BBC One’s Eastenders, Doctor Who, The Boy In The Striped Pyjamas as well as the hit West End musical I Can’t Sing where he played the hunchback with “a hilarious rap number” (The Telegraph). Charlie is currently working on a brand new family show for Edinburgh ‘The Greatest Goat Of All Time’ as well as working on a new stand up tour. As ever Charlie is multi-tasking!