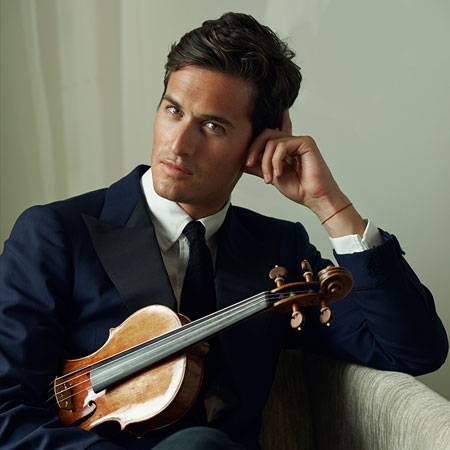 REASONS TO BOOK
One of the brightest young stars in classical music
Has performed for pop sensations Lady Gaga and Kylie Minogue
Internationally acclaimed concert violinist and musical mastermind
Revived the tradition of composing virtuosic variations of popular themes
Based in London and available to perform at events worldwide
Live Music and DJ, String Quartets,String Trios and Solo Strings

High in demand all over the world, from the US to China and Norway to Italy, his most recent touring activity includes performances in Holland with the North Netherlands Symphony Orchestra as well as critically acclaimed performances with the Moscow Philharmonic Orchestra.

As the youngest university professor in the UK, Charlie, has revived the age-old violinistic tradition of composing virtuosic variations of popular themes, which he has done alongside artists including Bryan Adams, Jamie Cullum and The Who.

In June 2011 Lady Gaga invited Charlie to perform at the CFDA awards celebration and in 2014 he also performed for Kylie Minogue for the opening of the new D&G store in Bond Street, London.

A musical mastermind, Charlie has established himself as a classical star; in high demand with the world’s top orchestras and luxury corporate companies, you better be quick if you want to book this international violinist at your next event!