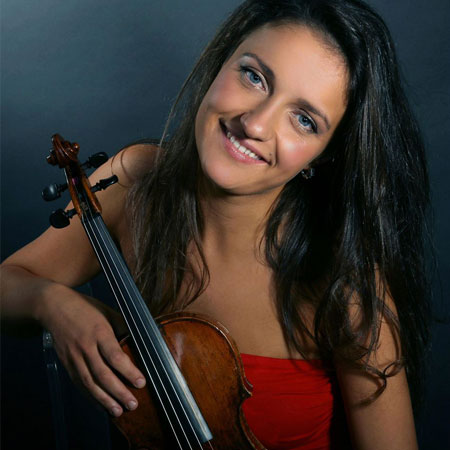 REASONS TO BOOK
One of the most exciting new soloists to have appeared recently
A true musical talent, known for reviving unknown violin compositions
Is regularly heard on radio stations including BBC3, Radio 4 and Radio NZ
Her recent musical collaboration landed in the top 20 Classical Charts
Based in London and available to perform at events worldwide
String Quartets,String Trios and Solo Strings, Live Music and DJ

Proclaimed as “one of the most exciting new soloists to have appeared recently” this classical female virtuoso violinist is a true musical talent.

A natural performer, Irmina has been playing the violin from a very young age. A strong advocate of expanding the violin repertoire, she is involved in reviving unknown violin compositions and always interested in premiering new works. Her recent collaboration with the Royal Philharmonic Orchestra became a best-seller and straight away landed in the Top 20 Specialist Classical Charts.