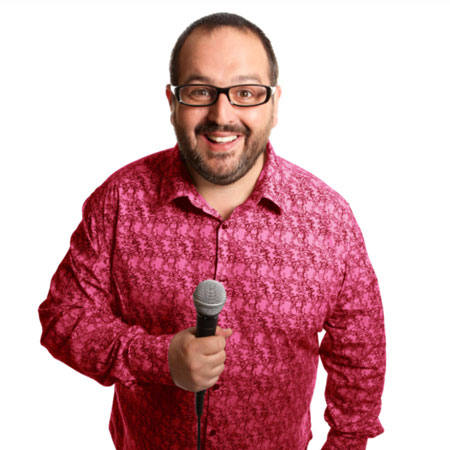 REASONS TO BOOK
Award-winning Northern charmer guaranteed to make your guests laugh
Fantastic stand up comedian also available as an awards host, MC and compare
Seen on Live At The Apollo, Peter Kay’s Phoenix Nights, 8 Out of 10 Cats, Alan Davies: As Yet Untitled and Coronation Street
Winner of Celebrity Mastermind and Chortle Award winner
From Manchester and available for events worldwide
Speakers and Hosts, Presenters,Comperes and Event Hosts, After Dinner and Comedy Hosts

Celebrity Comedian Justin Moorhouse is a Northern charmer and hilarious funnyman who has been entertaining audiences for years as a stand up comedian as well as on TV and radio.

His comedy has taken him on tour to Australia, China, Japan and the Middle East. He has performed stand up comedy on television a number of times including, several series of The Comedy Store , One Night Stand (Dave) and was Michael McIntyre’s guest on his Blackpool leg of Comedy Roadshow (BBC1). Other TV/ Film credits include; Alan Davies: As Yet Untitled, Ken Loach’s Looking for Eric, Max and Paddy’s Road To No-Where, Shameless, and he was a winner of Celebrity Mastermind.

Justin Moorhouse has also worked on branded TV and online campaigns for MUTV, O2 and DFS. In August 2016, he presented the Rio Olympics for Team GB and DFS.

Celebrity Comedian Justin Moorhouse regularly performs at private and corporate events, including company awards, AGMs, Christmas and end of year parties, weddings and birthdays. He is available for both after dinner comedy sets and as an event host. The stand up comedian is particularly in demand as an awards host, his cheeky, irreverent yet professional approach proving a popular fit for bookers and audiences all over the UK and internationally.

Celebrity Comedian Justin Moorhouse is available as a:

Contact us at Scarlett Entertainment if you would like to book Justin Moorhouse as you stand up comedian, award host, MC or compare.

" Justin was an excellent host at our annual dinner and awards presentation. His material was really appropriate for our audience both in terms of content, as he managed to deliver a humorous slant on garden centres, and in knowing how far to go…. I would have no hesitation in recommending him. "

" Justin is an absolute delight to work with! He is extremely professional and a fantastic comedian. He is great for stand up during a corporate dinner and hosting as he is so quick witted! We love working with Justin and would recommend him highly. "