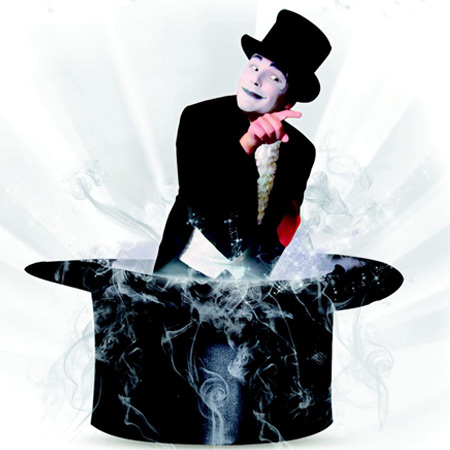 REASONS TO BOOK
A completely hilarious and interactive Comedy Clown character
He combines magic with comedy for lunch and dinner entertainment
His versatility engages a diverse audience and wide age group
Unique performance that has won the hearts of audiences all over the world
Based in Lisbon and available to perform at events worldwide
Magicians and Mind Readers, Walkabout Entertainment, Family Entertainment, Close up Magician, Magic Stage Show, Magician for Children, Magic and Illusion

The Comedy Clown is a hilarious and interactive character that combines magic and comedy for a range of performances.

He provides a lunch and dinner entertainment show, composed of three distinct periods (between dishes: soup, fish and meat),and are accompanied by a soundtrack. In these intervals, the guests participate actively in all the numbers, composed of moments of fun and illusionism stage and close up.
This is a unique show in Lisbon, which has won audiences beyond (Portugal and Islands, Spain, France, Morocco, Switzerland, Angola, and now more recently around the world cruise on Princess Danae).

The Comedy Clown also offers a Stage Show: There are two possibilities: 30 or 45-minute shows, which will vary according to requirements. Composed of various numbers of hilarious and current illusionism, with strong scenic impact, magic tricks and comedy the audience, which may participate throughout the performance are adapted. The mime, improvisation, interactivity and humour make this a remarkable performance for those who watch this show.

The third show is a flamboyant and colourful spectacle to delight the young. A magical trip to the children's universe where the stars are the children. A show designed to entertain and amuse kids, but also adults, as they have the opportunity to return to childhood. The atmosphere will be contagious.

The versatility of the Comedy Clown aims to engage a diverse audience and age group, the character himself is the perfect union of two kinds of public entertainment: the illusionist, a scenic art whose promptness defies the laws of physics. And the much-acclaimed comedy; indeed witty and appealing, his gift will awaken in you the most delicious smile.