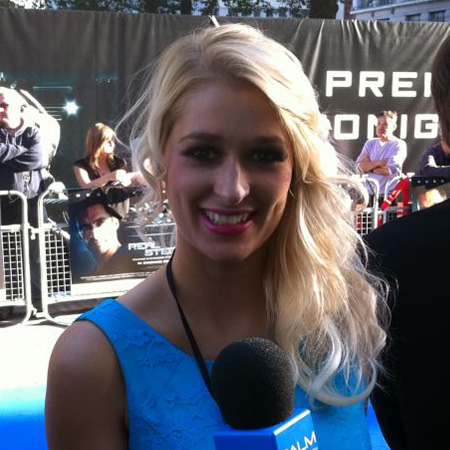 REASONS TO BOOK
Popular radio & tv presenter as seen on Sky 1, Goss TV & Palm 105.5 radio
Broadcast live from the London Premier of Hugh Jackmans ‘Reel Steal’
Experienced host at events inc fashion shows, ladies day, music based show
Available to host or compere at events of all sizes
Based in the South West of England and available for events worldwide
Presenters,Comperes and Event Hosts, Speakers and Hosts

Jennie is an experienced radio & television presenter with over 8 years continuous work in the industry since launching her career.  As well as taking a leading role presenting at fashion shows, events and film premiers, Jennie is also a regular at Torquay United providing the half time entertainment on the pitch.

With an interest in sport, fashion, music and more Jennie can compere at events of all sizes.

Jennie is a popular Voice Over artist and has voiced many commercials, award ceremonies, conferences and has appeared on several programmes on Channel 4.  In addition to this Jennie has also recently been commissioned for commercial video work filming in London & America.