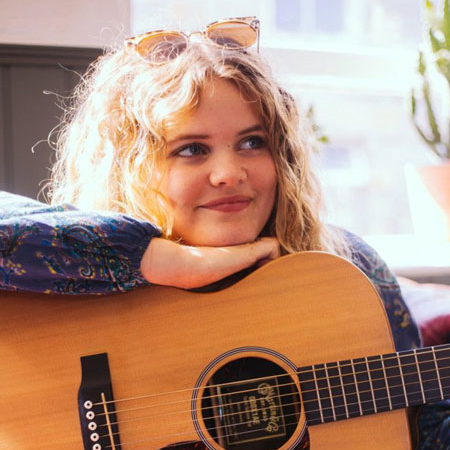 REASONS TO BOOK
Female singer and guitarist with a breathtaking voice
Has developed her own charming and unique style
Has performed on the BBC, ITV and received media praise
Has millions of views on her YouTube channel
Based in Newquay and available for events all over the world
Famous Musicians,Bands and DJs, Live Music and DJ, Covers Singers and Duos, Acoustic Covers, Talent and TV Show Personalities

Scarlett Entertainment is proud to offer the incredibly talented Daisy Clark, a young female singer and guitarist from Cornwall. The singer songwriter is rapidly growing in popularity, not just in the UK but, across the world. She has captured audience’s attention with an incredible voice mature beyond her years.

This brilliant female singer and guitarist has developed her own wonderful musical style and she puts her own twist on her huge repertoire of cover songs. Armed with just a guitar and a breathtaking voice, her cover songs are gentle, laid back and infused with the Daisy Clark charm. The singer songwriter comfortably blends multiple musical styles and is continuously exploring new territories. Daisy Clark’s repertoire is vast and varied with a collection of cover songs ranging from, but not limited to, Ed Sheeran, Estelle, Rag’n’Bone Man and The 1975 to Eva Cassidy, Taylor Swift, Elvis and Hozier.

Starting out as a singer songwriter in her bedroom and performing at a few Cornish festivals, she has found global appeal through a series of highly popular online videos such as her cover of Hopelessly Devoted To You from the film Grease which has received over 11 million of views in a short space of time. She has since been invited to perform on the BBC, ITV, had cover songs trending on iTunes and been featured in many national newspapers.

Daisy Clarke is a fast rising singer songwriter and destined to become a household name so, if you're looking to book a female singer and guitarist for your event, she is the perfect choice. Able to perform with no additional amplification or just a simple PA system set up means Daisy Clarke is able to perform in almost any location. She has a wealth of experience performing for private events and special occasions and always blows the audience away with her talent.

If you really want to impress the guests at your event, with an up and coming female singer and guitarist, don’t hesitate in contacting one of our dedicated team of professionals at Scarlett Entertainment who will be more than happy to assist you in booking Daisy Clark to come and play for you.

" We had Daisy perform for us on the BBC Children In Need radio show and she was true professional, she is one to look out for in the future. "

" We had Daisy perform at our hotel for a private event. Since then, we have gone on to do many events/gigs with Daisy and built up a very strong relationship together. She is a pleasure to work with and a joy to listen to. "

" I had Daisy perform for my wife’s 30th Birthday party at the Dorchester Hotel in London. Daisy was a true professional and nothing was too much trouble. The night was a huge success and I am so pleased that Daisy was a part of that. "

" Daisy was hired to perform for a private event that we held in London, she is a young, confident and very talented young artist who is going to be a superstar. "