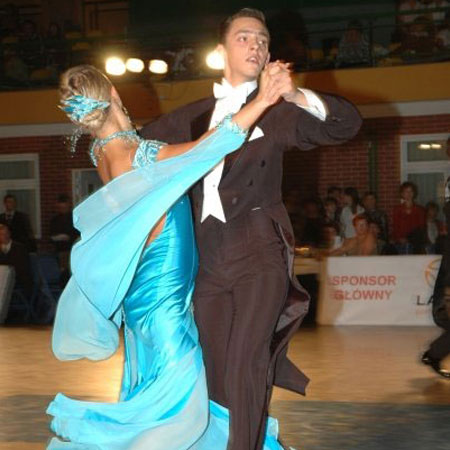 Kristina started dancing at 14 a mixture of styles including ballet, jazz, street dance, salsa and cheerleading but quickly realized her love for ballroom and Latin dancing, after only one year she won the national youth championship. After finishing school she moved to London to pursue her career in dancing. During the next almost 10 years, she travelled and competed all over the world, dancing in all major events.

Appearing on several TV shows in Italy, Denmark and England. Among those Eurovision Dance contest and an advert for Strictly Come Dancing UK for BBC, just to mention a few. She continues to compete internationally at the highest level while sharing her knowledge and passion with her students.