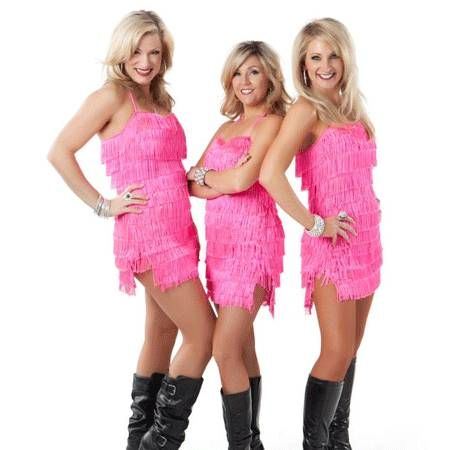 Divas Through The Decades

REASONS TO BOOK
Tribute to the most influential female vocalists in American pop music
Featuring songs from the 40's to today's current hits
Includes audience interaction, costume changes & cutting edge choreography
Performed on NBC's "America's Got Talent" in Hollywood CA!
Based in Minneapolis & available to perform at events across the US
Musical Shows, Tribute, Lookalikes and Impersonators, Other Tributes, Cabaret and Stage Shows

Divas Through The Decades VIDEOS

This trio perform a musical tribute to some of the most influential female vocalists in American pop music, featuring songs from the 40's, through today's current hits!  The show features music made famous by various divas including Patsy Cline, Bette Midler, Diana Ross and The Supremes, Tina Turner, Gloria Estefan and country western's Shania Twain.

Their stage show includes not only great music, but lots of fun audience interaction, comedy, great costume changes, cutting edge choreography, and a high energy performance that is second to none!

The three divas have performed all over the country including state and county fairs, festivals, corporate and private events, as well as performing on NBC's "America's Got Talent" in Hollywood CA!

" We thoroughly enjoyed them! They were great to work with and did a great job! We had nothing but positive comments from everyone! "

" I could not have been more pleased with the entertainment. They were perfect and a delight to work with! Total professionals! I would book them again in a heartbeat! "