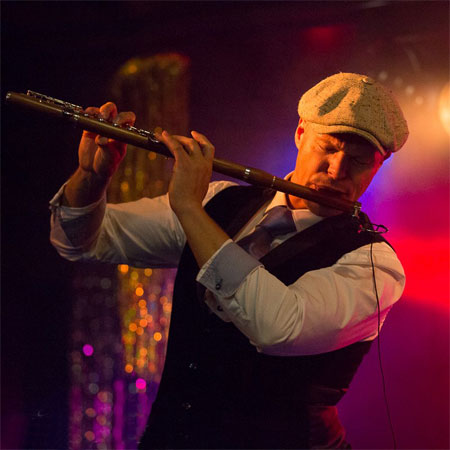 This Holland based flute player has been playing the instrument from an early age, and has gone on to perform in orchestras and at festivals, weddings, and corporate events across Europe.

His repertoire is eclectic and extensive featuring a range of covers of songs expertly adapted for the wooden flute by artists such as: Lionel Ritchie, Adele, Susan Boyle, and Norah Jones. He also plays a number of his own original compositions which have been released across four albums and have received air time on a number of international radio stations.

His passion for the instrument comes across in every single one of his performances; captivating audiences and creating a clam and relaxed atmosphere perfect for clubs and bars, dinners and restaurants, private parties, weddings and corporate events. His unusual form of musical entertainment is sure to be the highlight of your event.