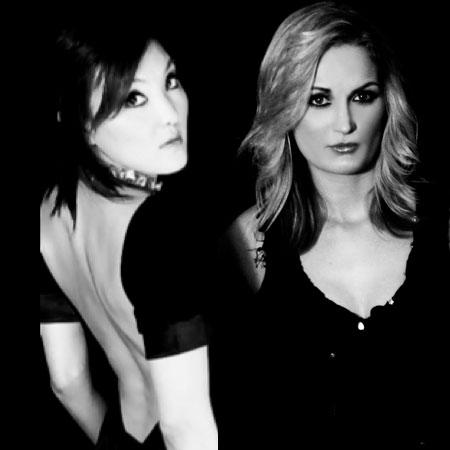 REASONS TO BOOK
Electric Violin & Cellist performing live to a DJ or backing track
Choose from Cafe del Mar style 'Chill Out' or Vibrant dance music
Our duo can perform with your house DJ or can provide their own DJ
Sophisticated and Glamorous act featuring two talent & beautiful ladies
Based in the UK and available to perform worldwide
Live Music and DJ, Electric Strings

This Extraordinary talented musicians play custom made spectrum finished instruments alongside a live DJ. A breathtaking combination guaranteed to set any party or club alight!  This talent when combined with their unique glamour and vast depth of musical genres ranging from chill-out to dance creates the perfect accompaniment for any event.

The Electric String Dance Duo are gifted, enthusiastic and creative young musicians whose compelling performances, recordings and arrangements mean they’re always in demand! They regularly play with artists such as Gorillaz, Michael Bublé, John Legend, JLS and P. Diddy. Their work has featured on recordings by artists such as Kasabian, Adele and Kanye West, and they also create original string arrangements for artists such as Single Parents and Jets and Snakes.

They met when they were studying at the Royal Academy of Music, and have been working together since they graduated, building up a reputation for incendiary live performances and original arrangements with acclaimed artists such as Simply Red and Mark Ronson. Working with cutting-edge dance musicians and DJs meant that they started to combine dance music with their classical background – and a collaboration with DJ Benji B inspired them to create Electric String Dance Duo.

Their previous clients include Coca Cola, BBC Radio One, RedBull, Selfridges and John Lewis and they have played at venues such as Cargo, The Kingly Club, Studio Valbonne, Kensington Roof Gardens, The Jazz Café, London Eye, Claridges, The Dorchester and Tate Britain. They have also performed at many corporate events and weddings, where their combination of gentle classical serenades and party hits has delighted guests. As well as giving private performances the girls regularly perform at public events, such as Glastonbury, The O2 Wireless Festival and Cochella, and have been featured on BBC Radio1 and Later With David Letterman, among a host of others!

The girls can tailor their set to suit any event, from glamorous receptions to laid back birthday parties, choosing from a repertoire that runs from high energy dance music to chilled out classical favourites. The girls perform standing up, and can be booked with or without a DJ.

They make great entertainment at a wedding, as they can perform gentle background music for the quieter moments during the day and then create a dancetastic reception!