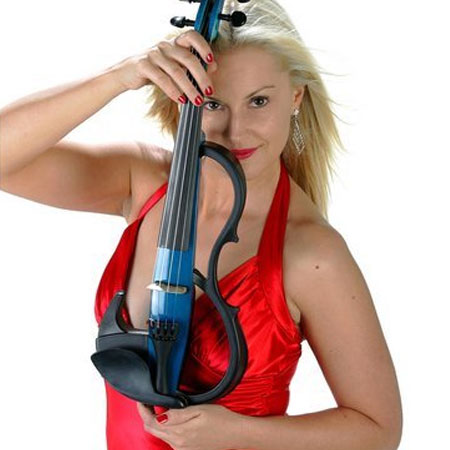 REASONS TO BOOK
Electric Violinist- show stopping- crossover- classical, lights and fun!
Entertained audiences around the globe playing a fusion of classical pop
Performed at over 1500 functions both in Australia and overseas
2006 performed at the Sydney Opera House as support act for Darren Hayes
Based in Brisbane, Australia and available to at events perform worldwide
Electric Strings, Live Music and DJ

Electric- show stopping- crossover- classical, lights and fun! Suzie performing on her electric violin with live band and featuring the fabulous talents of Wes, guitar, Andrew, bass and trumpet and Steve, drums and percussion.  A virtuoso of the violin, Suzie has entertained audiences around the globe crossing boundaries and cultures. Suzie’s many years of performing on the world’s stages brings to you a show of immense musical vitality, energetic charisma and beauty of sound.

Opening the night first up is Wes guitar maestro entertaining you with Latin and Jazz inspired melodies all performed to perfection and guaranteed to get the evening started.

Then enters Suzie and her electric violin, playing a fusion of classical pop hits from BOND, WILD, Vanessa Mae and more. A high energy feature act with lashings of fun, sophistication and musical showmanship.

As well as making a great sound her focus is also in making her performances visually appealing, and leaving a lasting impression.  She has performed at over 1500 functions both in Australia and overseas.  International artists she has performed with include, Nigel Kennedy, Alan Tam, Jackie Cheung and Andy Lau (Canto pop star), Dianne Warwick, Cliff Richard, Kenny G, Neil Diamond, Tina Cousins, James Morrison, Rod Stewart, Jerry Lewis and Dianna Krall.