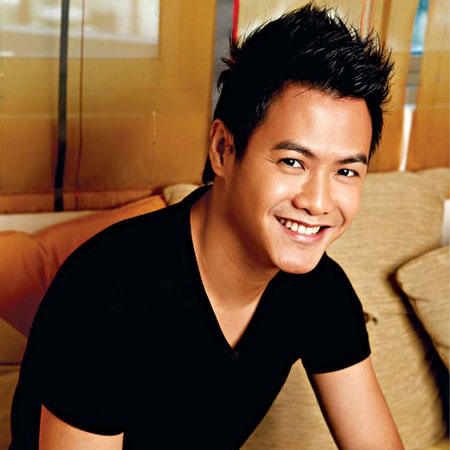 REASONS TO BOOK
Over 15 years experience compering events in the Asia region
Bilingual in English and Mandarin
Hosted Dancing with the Stars for Schneider Electric & GMIM's Got Talent
Previous clients inc Samsung, Microsoft, Sony, Singapore Airlines, Apple
Based in Singapore and available to compere events all over Asia
Presenters,Comperes and Event Hosts, Speakers and Hosts

Edmund is a versatile event host with over 15 years experience compering events in the Asia region. An alumni of the Singapore Armed Forces Music and Drama Company, which has produced many of Singapore's most famous celebrities, Edmund has previously played a lead role in the musical 'Chang and Eng' - the first English language musical ever to be played in the People's Republic of China. His professional stage training, media background and showmanship make him the perfect emcee for a wide range of events, from corporate award ceremonies to gala dinners - whilst his infectious energy and ability to rouse the audiences of all types also make him the ideal emcee for more energetic events such as music festivals, sporting events, corporate cabaret evenings. Among the events he has hosted are: Dancing with the Stars for Schneider Electric, MaiFest 2012 and GMIM's Got Talent.

Edmund is also a well-known radio DJ, presenting on Singapore radio stations such as Power 98FM, Perfect 10 98.7FM and WKRZ 91.3FM, and a familiar face on Singapore TV.  He first appeared on TV screens as a finalist on Channel 5's 'Fame Awards', but is probably best remembered as the energetic and irrepressible host of 'Kids @ Work' and hosting OK! on Central. More recently, he has starred in an HBO Asia drama series called 'Serangoon Road'.

Edmund's stage presence combined with likeable personality and natural people-skills have resulted in him hosting a number of product launches and roadshows in Asia for global consumer brands such as Playstation, Sunkist, Xbox, Singtel, Coca Cola and many more.

Edmund is a full-time professional emcee for corporate events in Singapore, Bangkok, and all over the Asia region. His previous clients include the likes of Canon, Samsung, Microsoft, Sony, HSBC, Apple, Singapore Airlines and Proctor & Gamble.