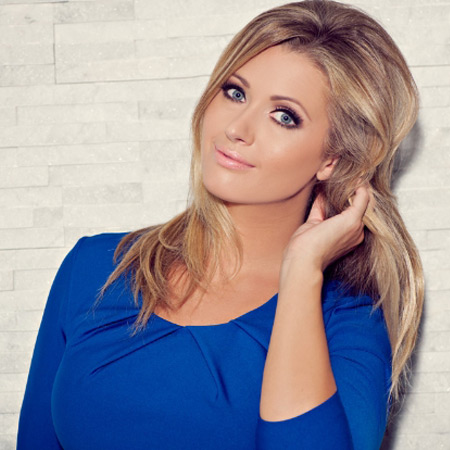 REASONS TO BOOK
One of the UK’s leading broadcasters with over 100 million viewers daily!
She is one of only a handful of females to have anchored live football
Hayley has interviewed many of the biggest names in the world of sport
A prolific speaker who thrives on being part of a live news environment
Based in London and available to perform at events worldwide
Speakers and Hosts, Presenters,Comperes and Event Hosts

Hayley McQueen is one of the UK’s leading football broadcasters and is a current presenter on Sky Sports News. She is one of only a handful of females to have anchored live football from the Premier League, FA Cup, UEFA Cup, League Cup and Champions League.

Hayley started her career behind the camera as a reporter then RTS award-winning producer. Her football knowledge and love for the game led her to successfully venture on screen as anchor on Manchester United TV for four seasons; she presented and produced the news, daily talk and match day live build up and phone-in shows as well as conducting regular weekly interviews with Sir Alex Ferguson and players past and present.

She has presented many outside broadcasts from locations around the world including a daily live show for Al Jazeera Sport throughout the 2010 World Cup tournament with high profile guests and daily viewing figures of over 100 million.

In her current role as a Sky Sports News presenter, Hayley thrives on being part of a live news environment and is regularly used to breaking the biggest stories. She also presents a weekly five hour show entitled ‘Sport Sunday’.

Hayley is a prolific speaker, and a regular match day host for the FA and Manchester United. She has been involved in a variety of events including the United for Unicef Gala Dinner, Samsung Olympic Torch launch, Bobby Moore Fund Quiz Night, Manchester United Player of the Year awards, Fashion Kicks at Sunder land AFC, Bobby Robson Foundation Football Day and the Hublot Manchester United partnership press launch.