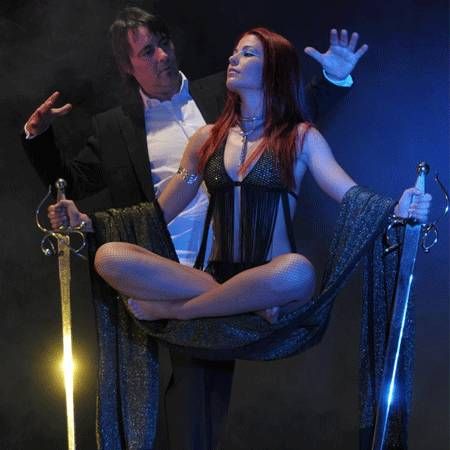 This Barcelona based show was founded in 2002 to reform the magic art of Illusion and from the very beginning their original and spectacular projects have given them international recognition. Their unique performance quickly captivates the hearts and minds of every audience member.

Their show combines magical illusions with the study of other artistic disciplines: body expression, circus skills, and dance. Their magical effects are designed to create phenomena that contradict the laws of nature.

This act has been contracted twice for the Chinese authorities, to perform at the New Year´s Celebrations in Beijing. Their singularity has given them the chance to perform at many international festivals throughout Europe and Asia.

The illusion duo were Winners of the “Gran Premi Extraordinari Nacional d’Il.lusionisme” Award.