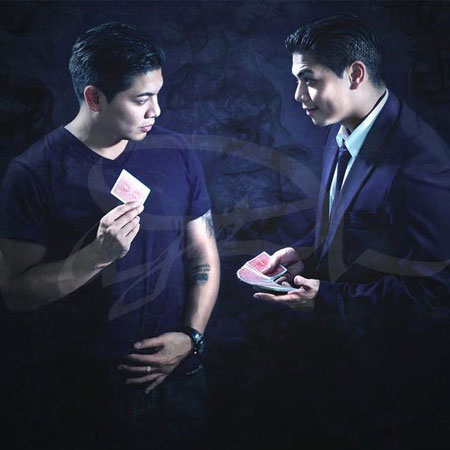 REASONS TO BOOK
Exploded into the magic scene with his own brand of extreme illusions
Performs edgy, exciting and highly interactive close up magic
Previous clients include Coca Cola, Porsche, Yahoo! and BMW
Has established himself as one of the country’s top street magicians
Based in Toronto and available to perform at events worldwide
Magic and Illusion, Close up Magician, Walkabout Entertainment, Illusionist, Magicians and Mind Readers

Exploding into the magic scene with his own brand of extreme illusions, our Toronto based performer continues to amaze, confuse and excite spectators all over the world.

Performing edgy, exciting and highly interactive close up magic, Illusionist and Magician Ray demonstrates a range of shows to suit every event. From close up strolling shows, to large-scale stage shows and intimate stand up performances, he will leave audiences completely bewildered and curious.

Having featured on the largest television series in the country, Illusionist and Magician Ray has performed for multiple corporate giants, including Coca-Cola, Honda, BMW and Yahoo! as well as celebrities including Arnold Schwarzenegger and Boyz II Men.

Never failing to astound and amaze, Ray has established himself as one of the country’s top street magicians and most highly sought out entertainer.

" I've hired Ray for a corporate event, and was thoroughly impressed not only by his talent but his ability to mingle with strangers and ease himself into conversations as an introduction to his close up magic. I've received nothing but excellent feedback on Ray's talent, and have forwarded his contact information on more than one occasion to those interested in hiring him for personal or corporate events. I highly recommend Ray as entertainment that is unique, personalised and memorable. Keep up the great work Ray! "

" I have hired Ray for corporate functions as well as a personal one. I have recommended him to many other colleagues/friends and he never fails to amaze!! No function/event/party should be without a Ray. "

" It was a true pleasure to have Ray as our headline entertainer at our Buskerfest. His comedic timing was key in keeping out 200+ attendees entertained, that varied from 5yrs. of age to over 50yrs. You know you've hired the right person when you hear one of the adult attendees leaving the venue saying "when I grow up I want to be a magician!" Thank you once again Ray for your amazing performance! "