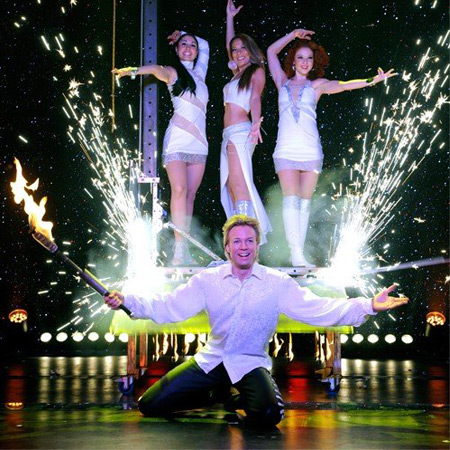 Illusionist Peter is an internationally acclaimed illusionist with tours and shows in almost all the continents from Africa to South America, Europe, and Asia. He enjoys performing for just about anyone from children to adults, from common citizens to the political elites.

Illusionist Peter has always been astounded by the world of magic, intriguing him from an early age. His dedication, tenacity and developments to the art have allowed him to pursue an extremely successful career.

He has performed for kings, prince, and princesses as well as for presidents and politicians. He is also a regular performer on television, performing for the likes of NBC, Tokyo TV NHK, Paris 4, Barcelona Magic Show, Munich ZDF, and many others. His shows are exciting and fresh, his conception of illusion and magic is different - and it always has been.

From the Grand Theatre of Shanghai, China, to Seoul Grand Peace Palace to Paris' Palace of the arts, Illusionist Peter always deliver stunning, mind-blowing illusions that are sure to leave audiences in total amazement. No wonder he is in demand as an entertainer for corporate events, festivals, and private parties around the world.