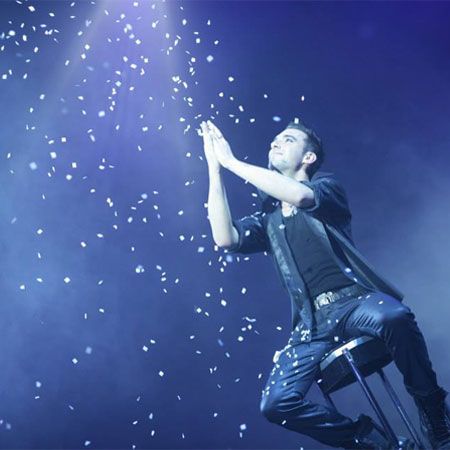 REASONS TO BOOK
Mind-blowing stage performances featuring over 20 big illusions
Dangerous stunts will have audiences on the edges of their seats
Accompanied by glamorous assistants he add WOW factor to any event
Renowned for his captivating showmanship and impossible tricks
Based in France and available to perform at events worldwide
Magic Stage Show, Illusionist, Magic and Illusion Show, Magic and Illusion, Cabaret and Stage Shows

Originally from France, Vincent is Europe’s youngest illusionist and has developed a mind-blowing stage show featuring over 20 big illusions and 3 mega illusions. Accompanied by his glamorous assistants he puts on a show that demands to be remembered.

Renowned for his captivating showmanship and impossible tricks, one of which includes a real get engine, he has become one of Asia’s most sought after illusionists and has performed at numerous corporate events and for high-end hotels and cruise companies such as SuperStar Virgo. His shows are edge of your seat thrilling and will have audiences gasping in amazement and shock as dangerous and darings stunts add an unparalleled wow-factor to any event.