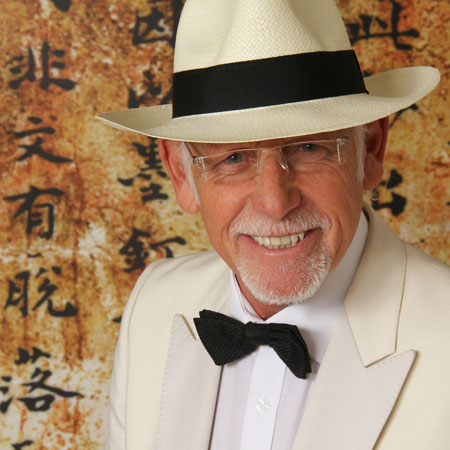 REASONS TO BOOK
Professional and internationally recognised Swing Jazz singer
Performs the hits of all the great solo singers from throughout the decades
Available solo, with a pianist or as a full band set up
Trained by the Royal Opera House’s Ottaker Kraus in Covent Garden
Based in London and available internationally
Classical Vocals, Live Music and DJ, Covers Singers and Duos, 1920s and Vintage Music, Jazz,Swing,Blues and Jive

Book yourself impeccable, sophisticated and timeless live music with our brilliant international jazz swing singer. This highly experienced male vocalist has an entire lifetime’s worth of experience and delivers charming, nostalgic and varied shows that can be enjoyed by all audiences. He was trained by the Royal Opera House’s Ottaker Kraus in Covent Garden where he developed his own singing style using his brilliant rich baritone / tenor voice.

Our International Swing Jazz singer has a wonderful repertoire of songs by the likes of Frank Sinatra, Dean Martin, Ella Fitzgerald, Judy Garland, Tony Bennet and Sammy Davis Jr. The male vocalist is very adept at delivering live music shows that incorporate Jazz, Blues, Motown, Musicals and Swing. His renditions of the songs are done very much in his own vocal style and never the same twice.

You can enjoy the talents of our international jazz swing singer in three different set ups depending on your live music requirements. The Jazz crooner can perform solo along to a backing track, he is also available with with a pianist or with a full four or five piece band.

Our very established Jazz singer has travelled all over the world entertaining crowds in the likes of Paris, Berlin, Spain, South Africa, New York and London. The male vocalist was a winning contestant on the BBC’s Opportunity Knocks who went on to spend year performing in the West End, did work for television and worked with legends such as Les Dawson, Ronnie Corbett, Shirley Bassey and Danny La Rue.

Having performed at many iconic venues and resorts such as Madame Jo Jo's Ronni Scott's and Ceasar's Palace, you can guarantee you live music entertainment will be in the safe hands of this talented Jazz crooner and he will deliver an exceptional show.

Contact us at Scarlett Entertainment to find out more or too book.

" With his extensive Musical background, his shows in the middle of the West End's Theatre Land, were always versatile and successful for all "

" He has a beautiful, powerful Baritone voice, with a full range. He sounds younger than his age "

" He has the best show for Corporate or Party events "

" Every night a winner "

" He created the musical style from the opening night and held it at the top level for the whole three year [residency]. "