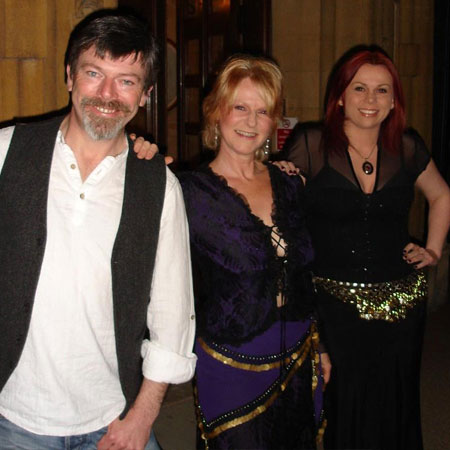 REASONS TO BOOK
Celtic, folk, pop & rock band playing an eclectic mix of music
Provides anything from an Irish night, through to a mixed party night
Performed all over the UK to audiences varying from 80, to over 10,000
Popular with weddings, corporate events and Irish themed parties
Based in Birmingham & available to perform at events worldwide
Live Music and DJ, World and Cultural Acts, Irish,Ceilidh,Folk and Country, Ceilidh, Folk and Irish

This fantastic Celtic, folk, pop and rock band covers five decades of popular music and can provide anything from an entire Irish night, through to a mixed party night - whatever your taste.  Established since Autumn 2010, the Irish Party Band has played all over the country to audiences varying from 80, to over 10,000 (at the Cheltenham Festival, March 2012).

Your guests will know and recognise every tune - whatever their musical tastes. And they pride ourselves on catering for EVERYONE - especially essential in the case of wedding entertainment.

As a live wedding and party band they play floor-fillers from Amy McDonald (Mr Rock n Roll) through to The Pogues (Dirty Old Town); Dexy's Midnight Runners (Come on Eileen), The Proclaimers (500 Miles); The Dubliners (Wild Rover); through to The Fureys (Sweet 16) and The Corrs' So Young. The list is huge - and there's plenty of jigs and reels and even some ceilidh dancing with calling. It's a great mix designed to get everyone up and mingling and having a fantastic time.

" A rowdy crowd were simultaneously skilfully entertained and kept in check with your music. Very impressive! "

" Tremendous. Everybody was talking about you over the entire weekend. And thank you for doing an extra spot when the DJ didn't turn up! "

" Wow! Words just aren't enough! What an amazing night. The Irish Party Band really know how to get the crowds going. Thanks to this talented band, we hosted the best new year's eve ever- our customers are already re booking for next year if we can have the Irish Party Band there!! Ruth's strong vocals, fiddle and songs started the evening off so well and then Keith built up an explosion of seriously entertaining music with his fabulous guitar and great sense of humor, the build up to midnight was so exciting. They then joined forces for the last half of the night to produce yet another fabulous combination. All in all, a real gem here, professional, friendly, easy going and seriously entertaining band who are going to go along way. Here's to the next gig. Thank you so much! "

" It was our first charity garden party, and your playing made it very special. Thank you so much. "