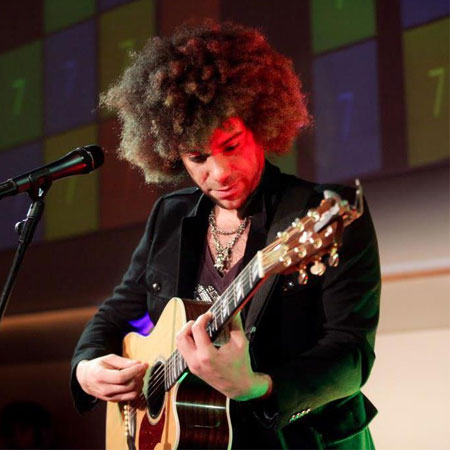 REASONS TO BOOK
Reached the Live finals of X Factor becoming a household name in the UK
X Factor performance of "Sex On Fire" voted 3rd best EVER audition
Whether it’s an arena, large club, small paarty, he adapts to the occasion
Was the Headline act at the Microsoft Window's LG E900 mobile phone launch
Based in London & available to perform at events worldwide
TV Show Talent Acts, Talent and TV Show Personalities, Covers Singers and Duos, Live Music and DJ

Jamie AFRO is best known for his now legendary X Factor TV performance of "Sex On Fire" by the Kings Of Leon, which has gained more than 20 million views on YouTube and was voted 3rd best X Factor audition of all time in a recent poll.

Reaching the Live finals, he became a household name in the UK and one-third of Simon Cowell's infamous 2009 category in which Jamie secured his place as one of The X Factor's most popular and well remembered acts.  Following his success on the show, Jamie was chosen as one of the lead vocalists on The X Factor’s Charity Single ‘You Are Not Alone’ which reached No.1 in the UK.  He went on to be a part of The X Factor Live 2010 - the biggest UK Arena tour of the year - where he gained critical acclaim for his stand out performances in the shows.

Towards the end of 2011 Jamie was asked to exclusively write and record the Official Charity Single For The Prince's Trust - UK City Riots Appeal, which was released early 2012.

BOOKING JAMIE
Jamie thrives on engaging with the audience and getting everyone on their feet singing. Equally if something more chilled is required he loves to play unplugged just him and his acoustic guitar. Whether it’s an arena, a large club or small party, he adapts to the occasion making it a wonderfully memorable night for all.  Jamie performs current up to date cover songs, classics from the past or unusual takes on songs you wouldn't expect him to sing - The clients and their guests love it!

Jamie AFRO is a must have at ANY event.