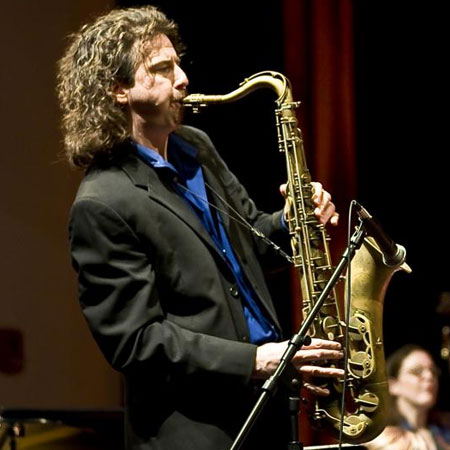 REASONS TO BOOK
Consist of the top-call players and jazz professors in the mid-Atlantic
Repertoire includes traditional jazz hits by artists such as Miles Davis
CD reached No.3 in the jazz charts, heard on jazz radio across the US
Perfect for concerts, festivals, clubs, jazz cruises, corporate events
Based in Washington DC & available to perform at events across the US
Jazz,Swing,Blues and Jive, Live Music and DJ

Based in the Washington DC/Baltimore area, Saxophonist Jeff and his jazz band is a hard hitting group of the top-call players and jazz professors in the mid-Atlantic. Their 2007 CD "Here Today" was heard on jazz radio across the US, Europe and Canada where it rose to No. 3 in the jazz charts.

This Jazz band features exciting players who deliver compelling performances in concerts, festivals, clubs and jazz cruises. Their repertoire ranges from straight ahead jazz like Duke Ellington and Miles Davis, to their cutting edge original compositions.  For every performance, they seamlessly call forth the very best of the past, present and future of America’s greatest music.

Saxophonist Jeff is an internationally respected jazz composer and musician. His recordings and performances are consistently well received by critics. He is associated with Washington Performing Arts Society (WPAS), and has played and recorded with artists as diverse as Ray Charles, Natalie Cole, Marcus Miller, Najee and Kenny Rogers.

" Jeff and the Jazz band have proven themselves to be a quartet to be reckoned with. They unleash their mastery over 10 songs that will leave your searching for their first album. "

" Jeff and the Jazz band are frequent and admired contributors to the Washington, DC jazz scene. This is a quartet steeped in a 21st century style of hard bop that still values solid melody lines, probing improvisation, and, when called for, sheer beauty. "