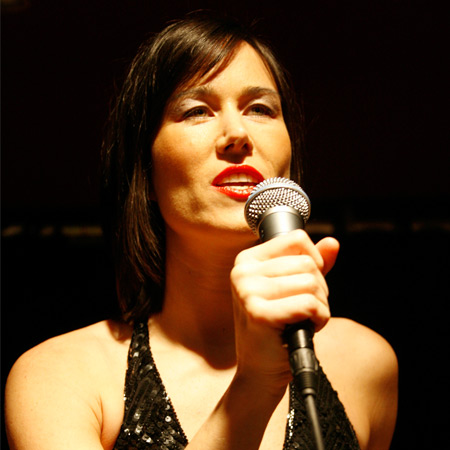 Working with the very best musicians, Katriona, who cites Nina Simone, Diana Krall and Norah Jones as influences, excels in high quality entertainment that appeals to a wide range of audiences.

She is a regular at music festivals in the UK and internationally, and has recently supported legendary, 9 times Grammy award winner George Benson, on his world tour.

Katriona writes and performs her own material, a mixture of Jazz, Funk and Brazilian grooves, and elegantly re-interprets the jazz classics. She has released three albums to date, and has broadcasted on Digital Radio to millions of listeners worldwide on her program “The Sexiest Jazz Music”.

She can perform as a solo or a full size band, performing anything from soul, jazz, funk, swing and Latin.

Katriona excels in high quality entertainment, which appeals to a wide range of audiences, exciting and enchanting audiences of all ages.

" Her sultry voice is something a little special. "

" If you are looking for a cool, musical experience, look no further than the enchanting Katriona Taylor. "