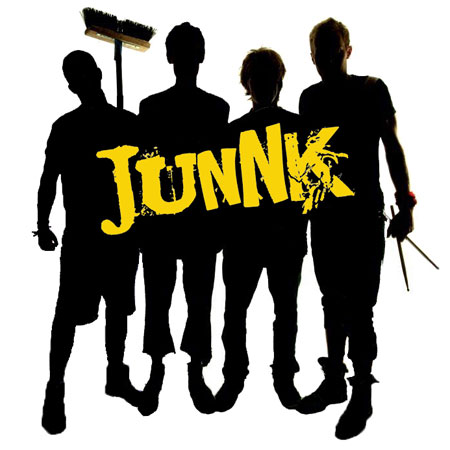 Junk are a four-man theatre group comprising of various performing elements; from drumming to movement, a cappella singing, mime and much much more.  Junk perform each show using nothing but rubbish and unwanted objects to display an utterly explosive live experience that cannot be forgotten!

Bins, bottles, brushes and barrels are just a few of the innovative props Junk use to create a world of music, comedy and pure entertainment, showcasing an utterly enthralling fast paced show, providing a fresh new outlook on today's modern entertainment scene!

Other past employers include; Samsung, The Olympics, Britain’s Got Talent and Clipper World Boat Launch and many more. They have also spent the last 3 months touring their full length production show around various theatres based throughout England and have received a fantastic response and amazing reviews.