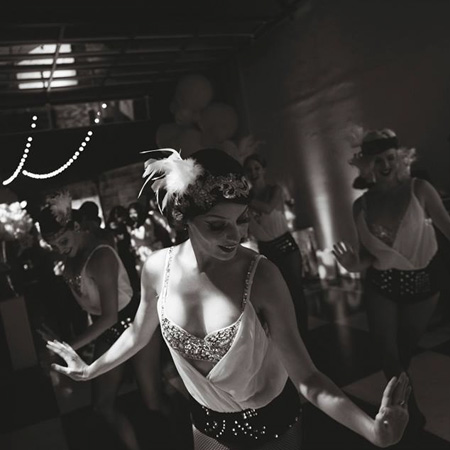 The LA Dance Ensemble is Los Angeles' premier precision kickline and entertainment ensemble. With a nod to the nostalgia of MGM's grand musicals and Hollywood's silver screen sirens, LA Dance Ensemble are not only passionate about creating beautiful works of dance and performance but delivering entertainment that is reminiscent of the Gatsby days as well.

Founded in 2012 the group are constantly inspired to create new works inspired by classic Hollywood films and musicals. They have produced, directed and choreographed a multitude of shows and events. The LA Dance Ensemble perform for private and corporate events and also produce and create full-length shows.  They have performed for Rihanna, at the 2012 Olympics in London, the NBA, and many other high profile events worldwide.