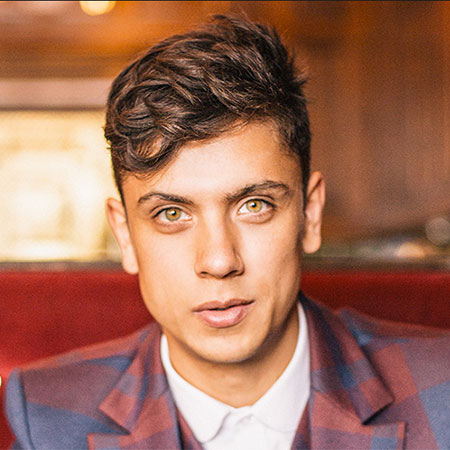 REASONS TO BOOK
Multi-talented illusionist, mix and mingle magician and well-known TV magician
Can offer both stage magic and close up magic performances for all kinds of events
Has performed in front of celebrities, heads of state and even royalty
Can create impressive illusions and special effects for theatre, films and TV
London based and available for performances across the UK and worldwide
Magic and Illusion, Close up Magician, Walkabout Entertainment, Illusionist, Magicians and Mind Readers, Magic Stage Show

Leave audiences at your upcoming big event or celebration speechless by booking our phenomenal Magician and Illusionist Ben, a popular TV magician and talented magic designer that causes jaws to drop wherever he goes.

This young mix and mingle magician won the Magic Circle’s Young Magician of the year award when he was only 16 years old. Since he achieved this, his career has been unstoppable. He has become a popular TV magician due to his participation as a regular on BBC1’s ‘Now You See It’. He also stars in BBC3 series ‘Killer Magic’ and has been part of the cast of the ‘Impossible’. Ben has been nominated for the Time Out TO&ST award and his shows have been highly praised and acclaimed by media and critics.

As a mix and mingle magician, he can perform some mind-blowing magic tricks with cards, notes, coins, ropes, food, jewlery and any other objects and gadgets. His shows involve lots of audience’s participation as they are interactive by nature. This makes him the ideal entertainment option for gala dinners, corporate events or any other private party or celebration where he can roam around the venue interacting with people and leaving them all wide-eyed.

Our talented magic designer can also create impressive special effects and illusions for theatre productions, films and television. Ben has performed for celebrities, heads of state and even royalty at all kinds of events. He can also perform stage magic shows and invite members of the audience to join him to carry out some of his mind-blowing magic tricks. You can watch the video above and see for yourself the type of illusions and magic he can perform.

Scarlett Entertainment can offer a variety of magicians and illusionists for events all around the world.

Our Magician and Illusionist Ben is one of the most popular and in-demand magic performers in the UK. Check his availability for your event by contacting our team of entertainment experts. They will be happy to provide further information and assist you in the booking process.