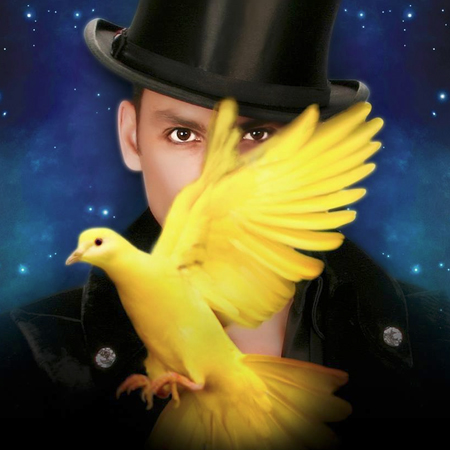 Sleight of hand magician extraordinaire Jason was born in Fribourg, Switzerland, but the magic touch began one Christmas Day just outside Cleveland, Ohio. He found a present under the tree from his grandfather—an empty cardboard box that made a sponge rabbit appear.

Fast forward some 15 years to Los Angeles, where Jason became a regular at local dinner theatres: Wizardz, The Comedy and Magic Club, and Hollywood’s famous Magic Castle. His style and approach caught the eye of producer Gary Ouellette, and soon he was invited to perform on NBC's World's Greatest Magic, followed by Fox’s Magic on the Edge.

Jason has earnt several major distinctions, including the Golden Lion's Head Award presented by master illusionists Siegfried and Roy. Then, two years in succession, he was voted Stage Magician of the Year by The Academy of Magical Arts.

Touring road shows in Canada, New Zealand and South America formed the beginning of Jason’s international appeal. This appeal increased with invitations to perform at the London Palladium, the Lido in Paris, the Wintergarten in Berlin and at the Shinagawa Prince Hotel in Tokyo, Japan.

" Astonishing...One of the finest sleight of hand artists in the world. "

" Imbued with the special magic of audience appeal. "

" His performance has the extra plus of being child-friendly. "