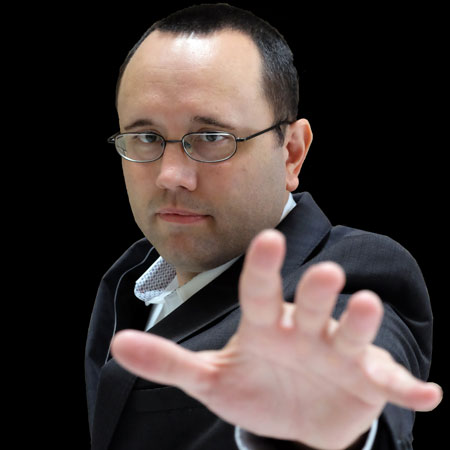 REASONS TO BOOK
Regarded as the World's premier Mind Reader
Guaranteed to astound all those who witness his phenomenal abilities
Award winning entertainer who astonishes guests at private and corporate functions
Previous clients include The Home Depot, LinkedIn, Lamborghini, The United Way
Based in Atlanta and available to perform at events worldwide
Magic and Illusion, Mentalist, Magicians and Mind Readers, Walkabout Entertainment, Illusionist

Mentalist Nick is a masterful entertainer and is regarded as one of the top Mentalists in the World. His multi-award winning brand of Psychological Entertainment is guaranteed to astound all those who witness his phenomenal abilities.

Our Psychological Illusionist has been featured on TV and Radio shows that have aired throughout the World. Year after year he is in constant demand. Nick has a stellar record of performing all over the United States and in various countries around the world. You can be assured you will receive first class entertainment!

His show is inevitable is fun and mystifying! It astounds the audience.They leave fully entertained as well as baffled by what they have just witnessed. His epic performance will have everyone talking about it for years to come. The show is full of audience participation and humour as Nick captivates everyone by reading their thoughts, influencing their actions, and predicting the future leaving them with one question. Your thoughts or mine? It is quite clear why Nick is in demand all over the world.

Psychological Illusionist blends effortlessly throughout your event engaging individuals and small groups of people with mind blowing effects that will last with them for years. Nick gives your guests a personal experience of the impossible.

When it comes to choosing a professional entertainer for your next event, Psychological Illusionist is your number one choice!

To book our Psychological Illusionist or for more information about event entertainment, contact our Entertainment Specialists today.

" Nick will entertain, enlighten, and amaze you. I have no idea how he does what he does -truly astounding. "

" Everyone was intrigued as well as entertained. My only regret is that we didn't have time for an extended show performance. Everyone wants to know how does he do it! "

" Nick’s Mentalist act was an amazing way to kick start our event! Nick did an amazing job captivating our audience. We will definitely have Nick back in the future and I would strongly suggest him as your entertainment solution to any event. "

" Nick’s show was fantastic!  He kept everyone engaged and didn’t make anyone feel uncomfortable at any point.  What a memorable experience for the group – highly recommended! "

" Nick's show was absolutely amazing! Our entire company is still talking about his awesome performance. He was so great to work with as well- incredibly professional. He arrived early, was totally organised, and thoroughly prepared. He exceeded all expectations and delivered a performance unlike anything that our company has ever experienced. "

" Nick lived up to the hype. He entertained our group with a first-class act that had them wanting more. He was great to work with and a true professional entertainer. "

" Nick's show was absolutely amazing! Our entire company is still talking about his awesome performance. He was so great to work with as well- incredibly professional. He arrived early, was totally organized, and thoroughly prepared. He exceeded all expectations and delivered a performance unlike anything that our company has ever experienced. "