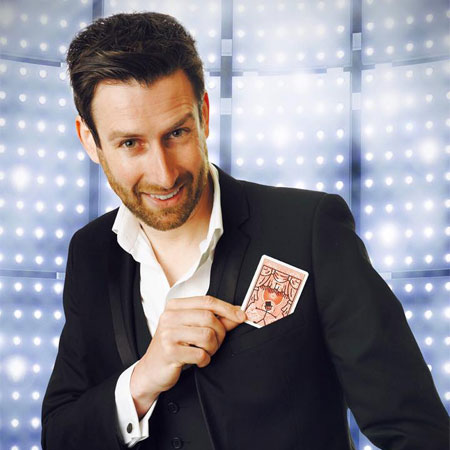 Narrowly missing winning Britain’s Got Talent 2015 by just 2.5% of the votes, Jamie is a talented conjurer and mind reader with a real magic touch!

Enamoured by magic from a young age, over the years Jamie has developed and honed his skills to create a truly astonishing live magic show that has captivated and amazed audiences around the world. While watching his performances you should expect the impossible and suspend your disbelief as £5 notes change into £50s, full bottles of wine are miraculously pushed through tables and borrowed items vanish and re-appear at will. He also demonstrates why you should NEVER play cards with a stranger!

A testament to his unique acts and immense skill, he was unanimously voted into the world-famous Magic Circle on his first attempt and is the magician of choice for numerous high-profile clients including Apple, Virgin, Samsung, HSBC, Mercedes and GlaxoSmithKline. He has also performed at Buckingham Palace for Queen Elizabeth II’s 80th Birthday Celebrations.

Whether up close and personal, or on a grand stage in front of hundreds, the emphasis is always on entertaining, and Jamie has never failed to leave every single person in the room laughing as hard as they are mystified.