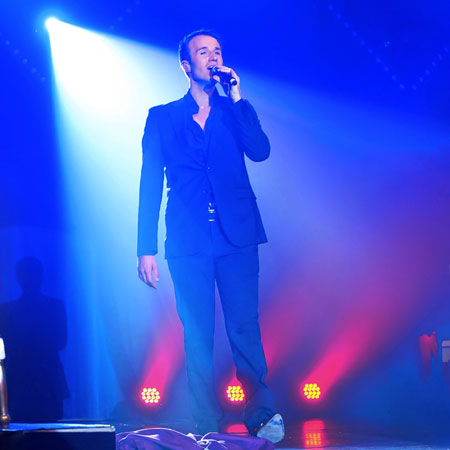 After his participation on the 2005 X-Factor competition Ivann was booked in the famous Belgian summer show of “Het Witte Paard” in Blankenberge, performing to thousands.  In 2006 he was asked by the Belgian television VTM to became the lead live singer on the television show “Strictly come dancing” (Dancing with the Stars).

Ivann was praised for his great performance and great vocal talent by many artists and producers.  That same year he received the “2006 upcoming talent” award from the city of Antwerp.

Today, Ivann specialises in singing at corporate events, festivities, concerts and private parties.  He has a huge repertoire of songs from party to rat pack/crooner, evergreen- and ballads.