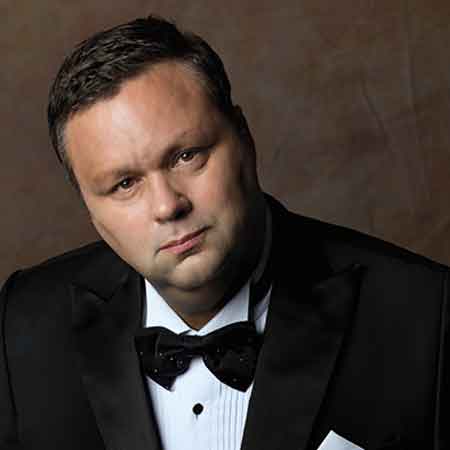 REASONS TO BOOK
A national Opera singing favourite who was the first ever winner of Britain's Got Talent and appeared on America’s Got Talent: The Champions
His audition is one of the most-watched videos in YouTube history and a record-breaking 12 million viewers witnessed Paul being crowned BGT winner
His multi-platinum debut album 'One Chance' reached number one in 15 countries
Performed for Queen Elizabeth II at the Royal Variety Performance on two occasions
His best-selling autobiography was turned into a Hollywood film starring James Corden
TV Show Talent Acts, Talent and TV Show Personalities, Live Music and DJ, Classical Vocals, Famous Musicians,Bands and DJs

The first ever winner of Britain's Got Talent

Twelve years ago, over five million viewers tuned into the inaugural episode of Britain’s Got Talent to witness mobile salesman Paul Potts shuffle up to the microphone to perform his rendition of Nessun Dorma. A few weeks later, a record-breaking 12 million viewers witnessed Paul be crowned the winner of Britain’s Got Talent. His audition of ‘Nessun Dorma’ remains one of the most-watched videos in YouTube history.

Paul appeared on America’s Got Talent: The Champions where he was voted through to the final by the general public

Continuing to expand on his international career

In Autumn 2017 he released perhaps his most ambitious album yet, ‘On Stage’, a collection of songs he’s been inspired by or performed in leading roles - from Broadway to the West End - during his extraordinary career. Over the last decade, Paul has received standing ovations at an astonishing 879 performances across 44 countries in 291 towns. Paul’s continuing success is an inspiration to generations of fans across the globe.

To book this national treasure and high-end tenor superstar, contact us at Scarlett Entertainment.